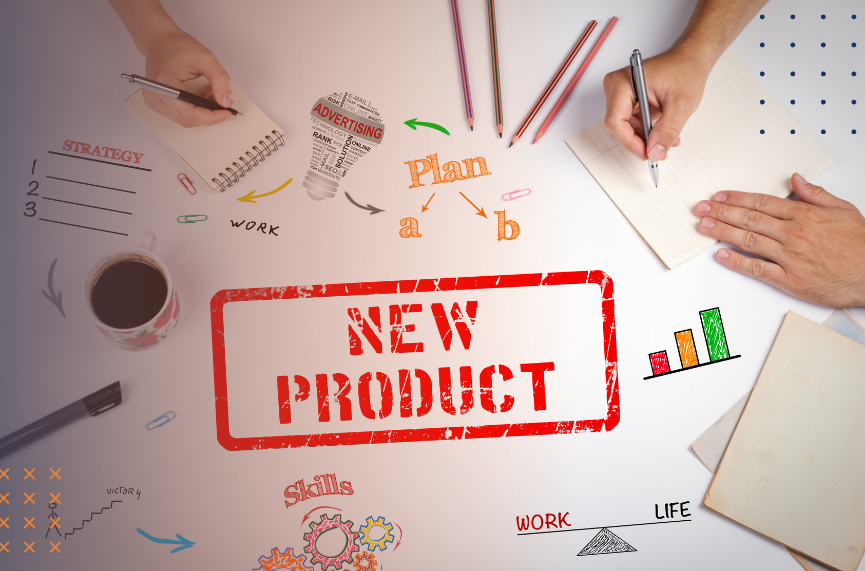 Looking for ideas for product launch ideas may be both nerve-wracking and exhilarating. The entire point of making a product is to sell it hence it is necessary to make the product visible to potential consumers. The most difficult part is figuring out how to accomplish it. The issue is that you began marketing far too late. You must generate internet buzz far in advance of your product's official launch. Customers will queue up if you create enthusiasm up front. If you delay it until the launch, you'll be beginning from scratch.

Here are some five amazing ways that may help you in creating buzz for your e-commerce brand...

Giving potential customers exclusive pre-launch access to your product is another great way to get people excited. This is a great way to introduce a new information product or service. One of the ways Pinterest gained interest was using this method. Their beta site was only accessible via invitation, which required you to register for one, which took a few weeks to arrive. Pinterest garnered a lot of publicity after going public, with pieces in the Huffington Post, Inc., BBC News, CNET, Gizmodo, and TechCrunch. Of course, if you're launching a physical product, this will be more challenging. Although small steps like making an online waiting list and telling individuals where they stand in line when they join up asking  them that if they convince their friends etc can help you with your launch and this may lead to your waiting list to sky rocket. This is what happened with Robinhood, an online stock trading software that used this technique to establish a waiting list of over 700,000 individuals.

The majority of people think about crowdfunding as a means to raise funds. It is, but it is also much more. A crowdfunding campaign is an excellent method to build an army of ardent fans. People who invest their own money in a crowdfunding campaign have already bought into the notion of your product. They'll go out of their way to inform their friends, family, and coworkers about your accomplishments.

Getting bloggers to talk about your future product is another fantastic method to get the word out. You may increase the buzz by getting into the audience of the relevant blogs. Give them unique information that they may pass on to their audience, but don't tell them everything—keep the suspense continuing. Obviously, if you offer each blogger the same "exclusive" information, they'll become angry and lose interest, so come up with a half-dozen alternative viewpoints and send one to each blogger. In order to locate bloggers that are interested in your product, you may search online or utilize a blogger introduction service like Tomoson. Influencers may also be found on a particular social media platform, such as Twitter, Facebook, or YouTube. Unless you take the time to learn about what they publish, you'll never be able to provide a message that's properly targeted to their audience.

It takes time and effort to create an internet buzz, but it is definitely worth it. Apple, for example, gets a lot of press before releasing a product. And then, BOOM! An uproar breaks out as Apple unveils its new product (which won't be ready for another six months yet). Upon release, Apple sells millions of units within the first few days. Apple sold 10 million iPhone 6 devices in the first weekend after its debut. Even if you're not as large as Apple, you may create online tension and expectation. The key is to maintain a sense of secrecy while hinting at big things to come. Tweet enticing hints. Make a huge “Coming Soon” announcement on your website and Facebook page. Share sneak peeks without divulging too much information. Create teaser videos and upload them on YouTube. The options are endless—your creativity is the only restriction. If you execute this well, you'll have a lot better chance of making a huge splash when you finally debut.

Give customers a behind-the-scenes look into your creative process as it evolves to interest them in your product's story. Not too much information should be revealed; instead, a few teasers should pique the interest of potential buyers. Pay attention to the human side of your product instead than focusing just on the product itself. The personnel can be interviewed in videos about how they feel about the product and what makes them eager for its debut.These films should be uploaded to YouTube on a regular basis, and then promoted. Embed them on your website, tweet links to them, and tell bloggers about them.

In order to successfully launch a new product, you must be very careful about the tactics you employ to do it. It's possible to produce a great product and have it evaporate because you didn't have enough drive when you launched the marketing. Still have dicey? Remove all of your concerns by trying our demo and learning more about how Enalito may help your business. Keep up with us if you want to remain ahead of the e-com curve.