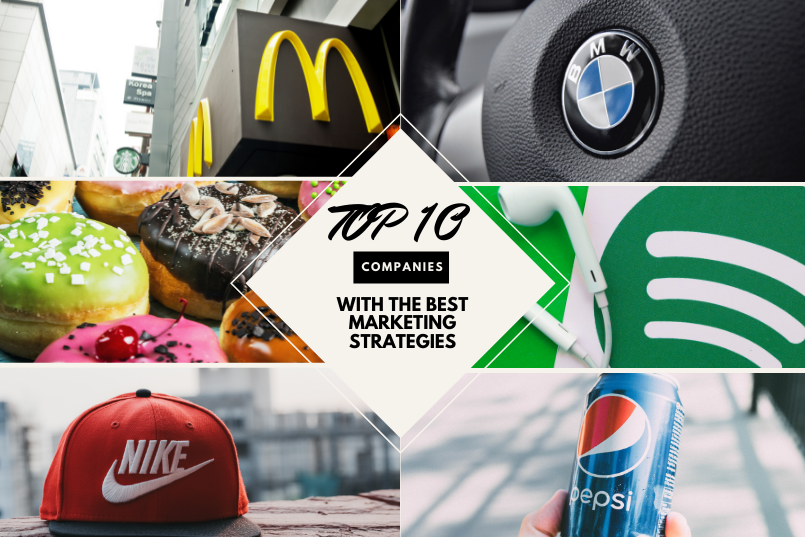 “Good marketing makes the company look smart. Great marketing makes the customer feel smart.”
Have you ever thought why there are huge banners in the highways with pictures of a different products that you buy every week? Have you ever thought why most of your favorite celebrities are on TV advertising a brand you use? Companies rely on such advertising for sustaining and this is where marketing comes to play.

What Makes a Marketing Strategy Good?

In layman’s terms, marketing is conveying a message to your audience in an effective and efficient manner. The key to having a good strategy is creativity and simplicity. You form your strategy based on how easy the message can be conveyed to your target customers and how innovatively you deliver it.
Choosing the right strategy for the right product is important for your marketing. There are multiple techniques to choose from depending on your audience and product. The budget of the company plays an important role in choosing the right strategy. The company’s primary motive should be to reduce costs and increase profits. These are a few aspects to be taken into consideration of before you start marketing.
However, the art of marketing has been mastered by a few successful brands. You will understand why they are successful after reading this list. Here are a few companies who brought the best out of their marketing campaigns.

1. McDonald’s
The fast-food giants have always ensured their customers are loved and cherished. In 2015, they meant it when they wanted their customers to be loved. McDonald’s marketing campaign Pay with Lovin, for the 2015 Super Bowl, involved customers giving a friendly gesture instead of cash for their order. This was a part of their social media marketing. The campaign led to a massive 8 million views in their YouTube video for the advertisement. McDonald’s also used a global marketing strategy by introducing local dishes to international outlets. An example of this is the McArabia in the Middle East and Macarons in France. They called this their “glocal” campaign.

McDonald’s McArabia sold only in the Middle East

2. Nike
Nike came up with one of the most innovative marketing strategies in recent times. They created Nike By You, where the customers became the designers for their company. This brilliant form of social media marketing led to an increase in their revenue by 22% in 2015. In 2018, Nike came up with another intelligent campaign. To promote their Nike Epic React shoes, Nike created an immersive video game. The game was designed to play while running on a treadmill, making it an innovative way to promote their product. This is a form of digital marketing that adapted to the rise in technology. Nike truly excels in its customer-oriented marketing strategies.

3. World Wildlife Fun
The World Wildlife Fund ensures their campaigns make their audience rethink their environmental decisions. WWF creates various striking and intense posters that question your morals. This campaign is a form of social responsibility marketing. Few of these posters include disintegrating animals as a part of their “Desertification Campaign” and a human-fish mutant as a part of their “Stop Climate Change Before It Changes You” campaign. The agenda of WWF and their marketing is to spread awareness of the importance of social responsibility and the issues that affect the people.

4. Domino’s Pizza
Another fast-food chain that brought the best out of marketing campaigns was Domino’s. Domino’s promoted their brand by fixing a nationwide issue in the USA – potholes. The company decided to fix their potholes and promote their company in the form of social responsibility marketing with their campaign “Paving for Pizza.” They urged their customers to report potholes so they can fix them. In 2015, Domino’s also took social media marketing to the next level. They decided to let their customers order pizza by sending a pizza emoji. This innovative and convenient campaign garnered a lot of media coverage for the company.

5. Dunkin’ Donut
Dunkin’ Donuts came up with an effective campaign in South Korea. Seoul is known as the “City of Coffee.” Dunkin’ Donuts wanted to overpower their rivals, Starbucks, in the coffee business. They created this intelligent campaign called “Flavour Radio.” The company put aroma atomizers in radios in public transports. Whenever the radio played the company’s jingle, the machine released the coffee aroma through the radio. This increased their sales by 29%. A sensory marketing technique by Dunkin’ Donuts really captured the essence of coffee and advertising.

6. BMW
BMW has been having a feud with Mercedes-Benz for several decades. The two automotive rivals have targeted each other for their marketing campaigns. This is because of the fierce competition between the companies. In 2019, when the CEO of Mercedes retired after 49 years, BMW created a friendly and funny advertisement showing how the owner is “Free at last” and can drive a BMW without any problem. This is known as rival targeted marketing. It is implemented by famous companies that have a competition with each other like Puma and Adidas. This type of marketing can boost your market and bring down your opponent’s revenue at the same time.

7. Pepsi
Pepsi and Coca-Cola have been facing each other in the beverages industry since the 1980s. Their marketing strategies revolve around taking bouts at each other. During Halloween in 2020, Pepsi came up with a brilliant poster of a Pepsi can wearing a Coca-Cola outfit and the caption “We wish you a scary Halloween.” This is to insinuate that Coca-Cola is the monster and throwing shade at them. Pepsi relies on such comparative marketing strategies for its brand advocacy. They count on the loyalty of their customers and, ironically, on the loyalty of their rival’s customers. They always make sure to take advantage of their competitors’ weaknesses.

8. Amul
The multibillion dairy brand from India is the country’s largest milk and milk products producer. The company is known for starting The White Revolution in India. Their most famous and influential marketing was the creation of their mascot, the Amul girl. The Amul girl was created as a response to their rival Polson’s butter girl. Regular newspaper strips with the Amul girl highlighting famous international and political events have tremendously helped Amul in the dairy business. They fix to a traditional marketing strategy by using a mascot and newspapers to communicate. The Amul girl has been credited to be one of the best forms of advertising in India.

9. Vodafone
In 2009, Vodafone brought into light an entity that was never seen before in television. In response to the Indian Premier League in 2009, Vodafone created the ZooZoos as their advertisement character. ZooZoos are white creatures having ballooned bodies and circular heads. These characters appeared in between matches to promote the company’s services. This creative marketing strategy was an instant hit. There was a huge fan following for the ZooZoos. Several social media outlets created fan pages for ZooZoos and had over 250 thousand people following them. This innovative strategy was a massive hit for the company and continued for2 more years.

10. Spotify
Spotify is one of the world’s biggest audio streaming platforms. They rely on their customers more than any other company. They come up with fascinating features to enhance the user’s experience. One such feature brought into Spotify was the Spotify Wrapped in 2018. As the name suggests, Spotify Wrapped wraps all the history of the user’s listening experience throughout the year to present as a nostalgic feature. Another beautiful feature was the mood-based music. This was a revolutionary feature that put Spotify on a pedestal. Spotify automatically created music based on the mood or activity of the users.
This customer-based marketing strategy made Spotify be where they are right now.

Plan your Campaigns Perfectly with Us

Marketing is essential for a business to grow. You know your customers the best. Strategize your campaign and reach out to your audience in the best way possible. You can be in this list of the best marketing campaigns if you understand your audience and bring out the best of your marketing with technology and innovation.

Marketing your business, the right way is vital. It is unpredictable how the tables can turn if you do not know your business and your audience.

Understand your business and your customer more closely with the help of Enalito.